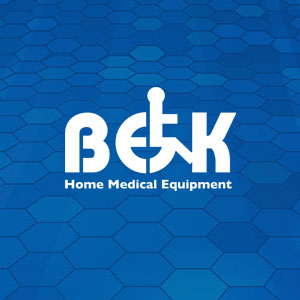 May is National Lupus Awareness month, and we have been and will continue to share facts about Lupus throughout the month, if you are wondering just what Lupus is, here is some great information we found on the Lupus Foundation of Americas website,

Lupus is one of many disorders of the immune system known as autoimmune diseases. In autoimmune diseases, the immune system turns against parts of the body it is designed to protect. –
This leads to inflammation and damage to various body tissues. Lupus can affect many parts of the body, including the joints, skin, kidneys, heart, lungs, blood vessels, and brain. Although people with the disease may have many different symptoms… Two of the major questions researchers are studying are who gets lupus and why. We know that many more women than men have lupus. Lupus is two to three times more common in African American women than in Caucasian women and is also more common in women of Hispanic, Asian, and Native American descent. African American and Hispanic women are also more likely to have active disease and serious organ system involvement. In addition, lupus can run in families, but the risk that a child or a brother or sister of a patient will also have lupus is still quite low. It is difficult to estimate how many people in the United States have the disease, because its symptoms vary widely and its onset is often hard to pinpoint. There are several kinds of lupus:
Explain how Lupus alters living?
At present, there is no cure for lupus. However, lupus can be effectively treated with drugs, and most people with the disease can lead active, healthy lives. Lupus is characterized by periods of illness, called flares, and periods of wellness, or remission.
What are some early detection signs?
The so-called lupus rash, which often manifests as a butterfly-shaped reddish or purplish rash across the bridge of the nose and cheeks, is  common medical sign.

Each person with lupus has slightly different symptoms that can range from mild to severe and may come and go over time. However, some of the most common symptoms of lupus include painful or swollen joints (arthritis), unexplained fever, and extreme fatigue. A characteristic red skin rash—the so-called butterfly or malar rash—may appear across the nose and cheeks. Rashes may also occur on the face and ears, upper arms, shoulders, chest, and hands and other areas exposed to the sun. Because many people with lupus are sensitive to sunlight (called photosensitivity), skin rashes often first develop or worsen after sun exposure.

Other symptoms of lupus include chest pain, hair loss, anemia (a decrease in red blood cells), mouth ulcers, and pale or purple fingers and toes from cold and stress. Some people also experience headaches, dizziness, depression, confusion, or seizures. New symptoms may continue to appear years after the initial diagnosis, and different symptoms can occur at different times. In some people with lupus, only one system of the body, such as the skin or joints, is affected. Other people experience symptoms in many parts of their body. Just how seriously a body system is affected varies from person to person.

What are the most common symptoms?

Some of the most common ones include extreme fatigue, painful or swollen joints (arthritis), unexplained fever, skin rashes, and kidney problems. Unfortunately, the warning signs of lupus can mimic the warning signs of other diseases. Common symptoms of lupus include persistent low-grade fever, extreme fatigue, and painful or swollen joints.  However, no single test can be used to diagnose lupus, and it may take several months or years after symptoms first appear for doctors to make a definitive diagnosis. There are blood tests that a doctor can use to help diagnose lupus, but none of these tests are definitive.

What can people do to increase awareness?

Here’s what you can do:

Locally owned and family operated. We care about you and your loved ones as if they were our own. We want to ensure the safety and accessibility in the comfort of your own home. With all of life's changes we want to make sure your comfort zone does not change. We will beat any local competitors price to ensure it is safe and affordable for you.